
By Riverfront Plan
}
10 - 24 - 22
m
Riverfront News
Back in May, we wrote about how the 1911 Olmstead Brothers plan for Dayton imagined bucolic parkways along the rivers. The intent was to connect…
Read More

Back in May, we wrote about how the 1911 Olmstead Brothers plan for Dayton imagined bucolic parkways along the rivers. The intent was to connect people to our waterways, but one hundred years later those parkways have turned into high speed, divided roadways. These roads act as barriers between the dense, underserved family neighborhoods and their rivers on the other side. Not only do the streets separate families from the waterways, but they also separate them from the parks and bike trials that have grown along the rivers. Riverside Drive along the Stillwater River and James H. McGee Boulevard along the Wolf Creek create nearly impenetrable barriers for families and certainly children who would like to walk to these great natural assets so close to their homes. 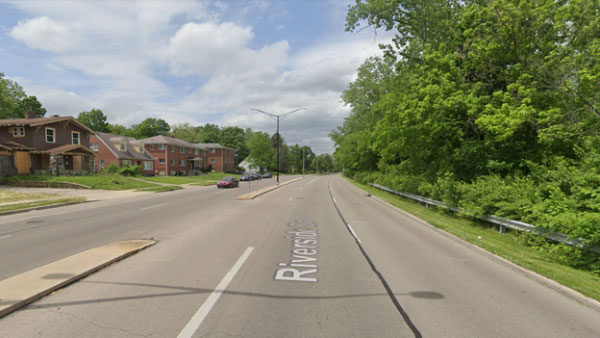 The Dayton Riverfront Plan proposes to put these streets on a road diet—to reduce the number of lanes, slow the traffic, and add safety features—to allow pedestrians to cross comfortably. In the space created by the abandoned lanes, bikeways and other park amenities will be built and improved, including access to the waterways. 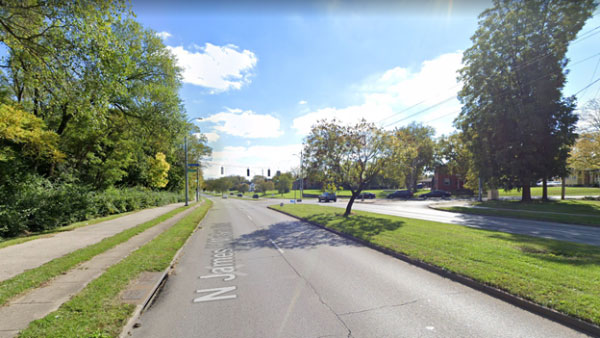 Along James H. McGee Boulevard at Wolf Creek, a road diet will allow residents of the Westwood neighborhood to more safely cross to the Wolf Creek and the bikeway that extends up the south side of the creek to Wesleyan MetroPark. A narrowed boulevard will enhance greenspace on both sides of the street.

Though engineering studies will be required to ensure reasonable traffic flows will be maintained, analysis has already shown that both roads have far more capacity than current traffic demands. Similar road diets have been implemented successfully in our area, including Shroyer Road in Kettering and Oakwood, where traffic speeds slowed 6 to 11 miles per hour and accidents decreased by 66%. In the three years after the street was modified, there were no accidents involving pedestrians.

The vibrant redevelopment of downtown is spilling up, down, and over our rivers to Dayton’s neighborhoods along all points of the compass. The Dayton Riverfront Plan continues to spur on this evolution. Below is the long list of the Plan’s projects that have been...